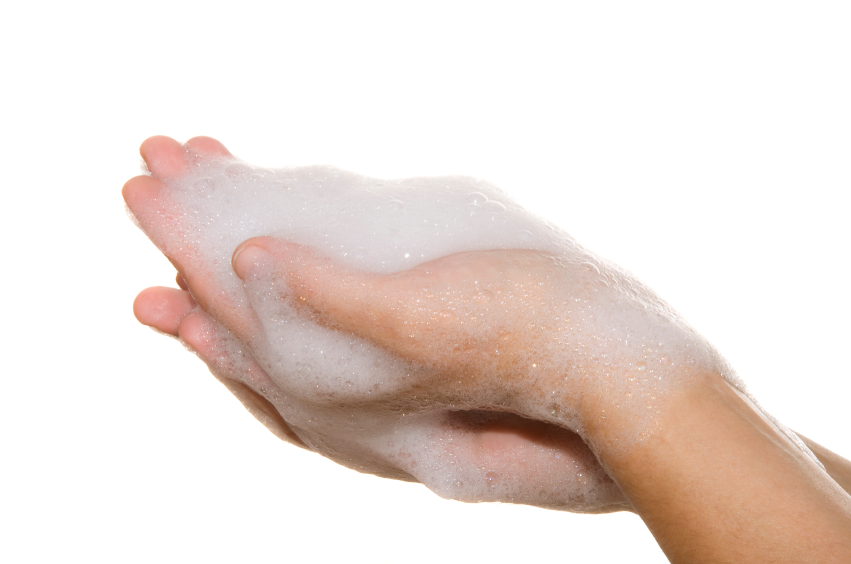 Sarah Brown is the founder of Pai Skincare. Entrepreneur, mum and sensitive-skinned soul – trying to find time to practice more of what she preaches…

I often talk about cleansers as ‘detergent-based’ or ‘detergent-free’, so I thought I’d delve deeper into what that actually means and why detergents aren’t great for sensitive skin.

What is a detergent?

Detergents found in beauty products aren’t the same as the detergents you put in your washing machine!

Detergents are water-soluble cleaning agents found most commonly in cleansing or wash-off products like shower gels, shampoos and face washes.

They work by attracting impurities, oil and dirt and dissolving them before they are rinsed off the skin, and often create a foam when activated with water.

What’s so bad about them?

The key to healthy skin is finding skin balance – regulating the skin’s natural oil and pH levels and using products that help maintain these.

The finely tuned layer of natural oil that protects the skin is called the acid mantle.

The acid mantle is the outermost layer of skin and acts as a protective layer against bacteria, viruses and other potential contaminants.

A good cleanser removes excess oil and dirt, but preserves this mantle.

Detergents don’t have the ‘intelligence’ to do this and instead remove all oil on the skin’s surface – hence why skin can feel dry and tight after using a foaming face wash.

They are a bit like antibiotics in this respect – in that they destroy the bad and good stuff (healthy gut bacteria in the case of antibiotics).

By stripping away the skin’s natural oils, detergents not only disrupt skin balance but also leave it exposed to redness, reactions or blemishes.

The pH of healthy skin hovers around the 5 mark.

However, detergents are very alkaline so disrupt the precious acid mantle – causing the skin to become unpredictable and a prone to a bacteria build-up.

Find out the most common detergents to avoid and what you should be looking for in a Cleanser here.