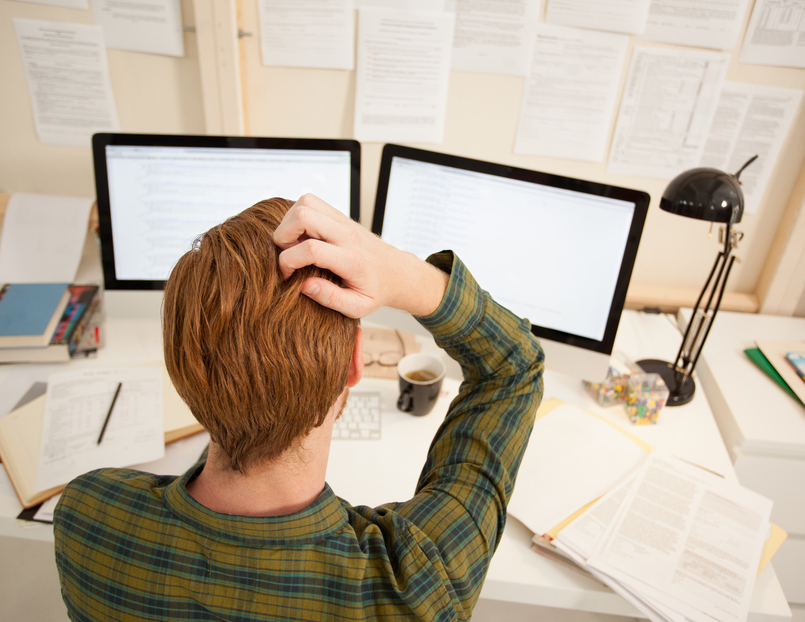 Suffering from red, aggravated skin that itches and occasionally burns? If it looks oily in appearance and regularly flakes, it could be seborrheic dermatitis.

This common condition can be confused with eczema and psoriasis, but the scaly skin it causes typically looks yellowish and moist, rather than overly parched and inflamed.

During adulthood, it’s also less likely to appear on the head, instead cropping up on other parts of the body. Interestingly, it’s more commonly men who are affected with the condition.

When it appears on the face, seborrheic dermatitis commonly strikes around the nose and eyebrows, on eyelids, or behind the ears.

On the body, it tends to target areas around the stomach, buttocks, in skin folds on your legs and arms, in the groin area, just below breasts and in the middle of the chest.

Like many conditions, we still don’t know what exactly causes seborrheic dermatitis. Unsurprisingly stress is thought to be a key trigger.

Other potential causes include an overload of malassezia – a type of yeast that usually lives on the skin.

Certain medical conditions – including epilepsy, heart conditions and eating disorders, are considered to initiate the onset of seborrheic dermatitis.

Other causes cited include adverse reactions to certain medication, the effects of cold, dry weather – and genetic makeup.

Unfortunately, seborrheic dermatitis often targets prominent areas of skin that produce more oil, such as the face and neck, so finding a skin-soothing solution is crucial.

Using hydrating products rich in anti-inflammatories will help to calm irritated skin, whilst also reducing redness and the classic flaking that accompanies the condition.

Our Chamomile & Rosehip Calming Day Cream, Echium & Argan Gentle Eye Cream and Comfrey & Calendula Calming Body Cream are all great products to have in your arsenal.

Steering clear of detergents in your shampoo and shower products is also a must, as they strip away the skin’s protective natural oils, leaving it imbalanced, exposed and prone to reaction.

If you’re suffering from seborrheic dermatitis and would like some more advice on how to cope with the condition, drop one of our skin care experts an email on support@paiskincare.com.