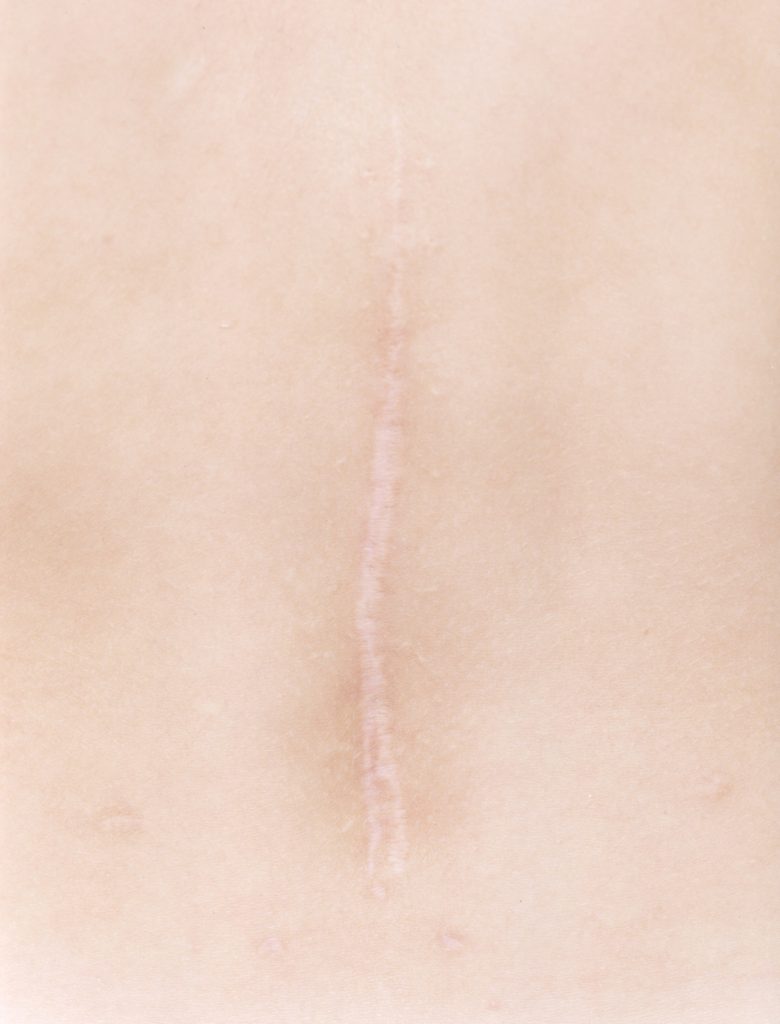 Everyone has scars, and every scar has a story.

A quick straw poll of the Pai office revealed our scars were caused by everything from chicken pox and kitchen accidents to life-changing surgery.

However, no two scars are the same; there’s a big difference between an acne scar and a post-surgery scar, for example.

A scar is a mark that’s left behind after the skin has been broken, burned, or otherwise compromised.

They’re made up of fibrous tissue, formed after an influx of white blood cells and collagen to the affected area.

After about three months, some of this collagen breaks down and the blood supply reduces to leave the scar softer, smoother and paler.

Common types of scars include:

Flat scars – these usually appear as a thin pink line on the skin, often associated with surgical work.

Contracture scars – often a result of burns, caused by shrinking and tightening of the skin.

Keloid scars – raised, pink scars. They form when there is an excess of scar tissue produced in the wounded area, even after it has healed.

Sunken, pitted or atrophic scars – these are usually associated with chicken pox and acne, where the skin has become pocked during childhood or teenage years.

How to heal scars

The reality is that most scars don’t hold positive memories (after all, scars represent a time when we were hurt or damaged), and it’s no surprise that there is a massive skincare industry devoted to scar removal and reduction!

Creams or oils containing collagen-boosting ingredients such as retinol, tretinoin and peptides are thought to help minimise the appearance of scars.

However, any regular hydration will help to keep the area supple and reduce that uncomfortable tight feeling.

We think the best choice is regular conditioning with an organic Omega-rich oil that helps to support the skin’s natural healing processes – particularly in the case of acne scars where irritating ingredients may trigger further breakouts.

In a recent study, 63.33% of women said their scars were significantly less visible after using our hero Rosehip BioRegenerate Oil for 4 weeks.*

Once your scar has healed and is free from signs of scabbing, massage a few drops of Rosehip BioRegenerate Oil into the area once a day.

Most importantly – if you want a scar to heal well, you must not under any circumstances irritate it by picking or rubbing it.

Keep the area clean and hydrated, and let your body’s natural defences take care of the rest!