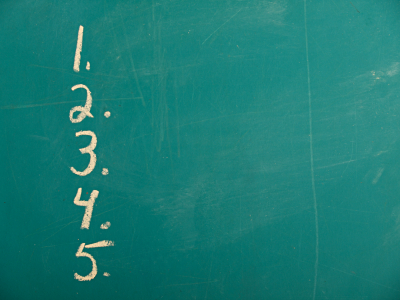 We all know ingredient lists can be bamboozling, especially for sensitive skin sufferers trying to identify their triggers (here’s my previous tips on ‘How to read a cosmetic ingredients list’).

Time-poor customers always ask, ‘if there was one ingredient I should avoid what would it be?’

This is enormously difficult to answer as it depends on your skin type, and allergy sufferers are seldom sensitive to just one allergen.

However, I do have a hit list of the top ten baddies worth steering clear of.

This is by no means definitive (ten is a bit limiting!), but it does cover the ingredients I’m most allergic to and those we receive the most enquiries about.

Detergents strip away the skin’s natural protective oils, leaving it exposed and prone to reaction.  They are also very alkaline, so disrupt the skin’s pH balance and important acid mantle.

Aside from Sodium Lauryl Sulfate (SLS), watch out for:

2. Ammonium lauryl sulfate (ALS) – the common name for ammonium dodecyl sulphate, a detergent that can cause irritation to the skin and eyes.

A humectant is an ingredient which preserves or boosts the skin’s moisture levels.

3. Propylene Glycol – the ingredient to avoid if you suffer with eczema.

4. Propaneidol – often dubiously described as a ‘natural’ alternative to Propylene Glycol, but just as irritating!

The controversy over Parabens has led many manufacturers to switch to alternative preservatives – many of which are pretty strong irritants.

5. Phenoxyethanol: A hotly debated preservative that I’m particularly sensitive to. It’s believed to be a particularly bad trigger of contact dermatitis.

6. Benzyl Alcohol: A sensitizing ingredient produced by combining benzyl chloride with sodium hydroxide. It is a known irritant and is best avoided in products used around the eyes.

[UPDATE June 2019: We have formulated our Sunscreen product with Benzyl Alcohol as a co-preservative.  The ingredient is used at the lowest possible dosage and the product was patch tested on volunteers with sensitive skin to ensure it didn’t irritate.  We felt we should leave this post up here as it reflected our thinking in 2013.]

7. Sodium Hydroxymethylglycinate: Due to its potency this ingredient is only permitted in maximum concentrations of 0.1% (so should always appear at the very bottom of an ingredients list). It is a formaldehyde precursor, which helps to explain its high irritancy issues.

8. Methylisothiazolinone (MI): A preservative that has had negative press due to its link to contact dermatitis.

Synthetic fragrance is often listed as ‘Parfum’, a misleading term that can disguise a host of irritants (see my previous post for more info on this)

Parfum can also be used as a blanket listing for natural essential oils, some of which can be pretty aggravating themselves.  There’s lots I could talk about here, but the two oils I am most sensitive to are:

9. Eucalyptus – this oil can impart a sharp, fresh aroma but its antiseptic properties can make it overly stimulating on the skin.

10. Lemongrass  – this oil has a vibrant citrusy aroma which I love. However it’s high astringency can aggravate delicate skin. It’s also an emenagogue so should be avoided during pregnancy (…none for you Princess Kate!)