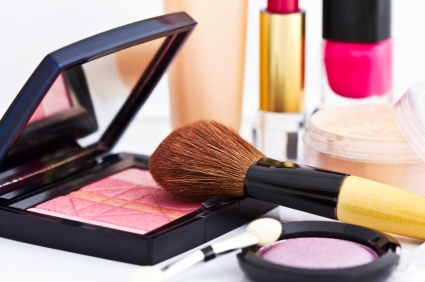 It’s something I’ve always encouraged Pai customers to look closely at, but now it seems wider beauty press are also beginning to question the ingredients in cosmetics.

This week Daily Mail Online revealed ‘the ugly secrets the beauty industry isn’t telling us‘ – secrets that include the presence of lead, arsenic and mercury in mainstream make-up products.

According to a 2011 report (Heavy Metal Hazard: The Health Risks of Hidden Heavy Metals in Face Makeup), these metals were found in 49 popular products including Clinique foundation and L’Oreal mascara.

You won’t find them on the Ingredients Lists as no company uses them as ingredients.  Instead, they are impurities, often from minerals used as pigments.

The US Federal Drug Administration tested levels of lead in lipsticks (2010), and found the metal present at concentrations of up to 7 parts per million and an average of 1 part per million.

To put that into context, Colin’s Beauty Blog (written by a cosmetic scientist) calculates you would need to eat over 30,000 lipsticks to get a fatal dose.

Trevor Butterworth at The Daily estimates you would need to eat 7-10 tubes in one sitting of the most contaminated lipstick to to have temporarily ingested enough lead to be concerned.

Robert Tisserand over at Personal Care Truth says that lead in American brands is too small to be a health concern, but that a Chinese lipstick had a lead level of 3,760 ppm – nearly 4 million % higher than the average lead content in US brand lipsticks.   I would stay away from Chinese brand lipsticks and makeup products I suspect might be counterfeit.

Most people don’t eat lipsticks (!), and if you buy from the main brands, there is no real health concern over contamination of cosmetics by metals.  However, it is an idea to keep your makeup away from children under 6 years old and perhaps consider cutting down on lipstick while pregnant.

I don’t know enough about mineral pigments to say whether natural and organic cosmetics have lower levels of contaminants than the mainstream brands.  I would expect them to be the same, but I am happy to be corrected!

What do you think about all this? Will it put you off make-up purchases in the future, or is it a negligible concern?