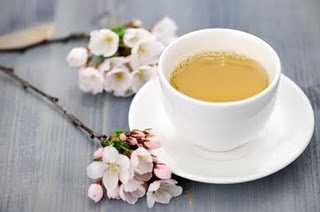 What do your cleanser and your cup of tea have in common?

Well, so long as you’re using Pai’s organic offering, both are derived from the Camellia Sinesis plant.

Camellia is one of those wonder ingredients that has a multitude of health, beauty, and apparently taste, benefits.

The Japanese have used it for centuries as a natural skin cleanser, and according to a new report commissioned by the Tea Advisory Panel, it is what gives tea its health-boosting properties.

As unveiled by Cosmopolitan.co.uk, the same report also claims that a regular cuppa with milk is as healthy for you as green tea!

Apparently as both are harvested from the same plant, both improve heart health and circulation, as well as reducing the risk of cancer, stroke and diabetes.

We’re a little dubious of their equal kudos ourselves, if only for the fact that milk has a tendency to aggravate skin sensitivities.

But still, it’s food for thought – what do you think, are all teas really made equal?