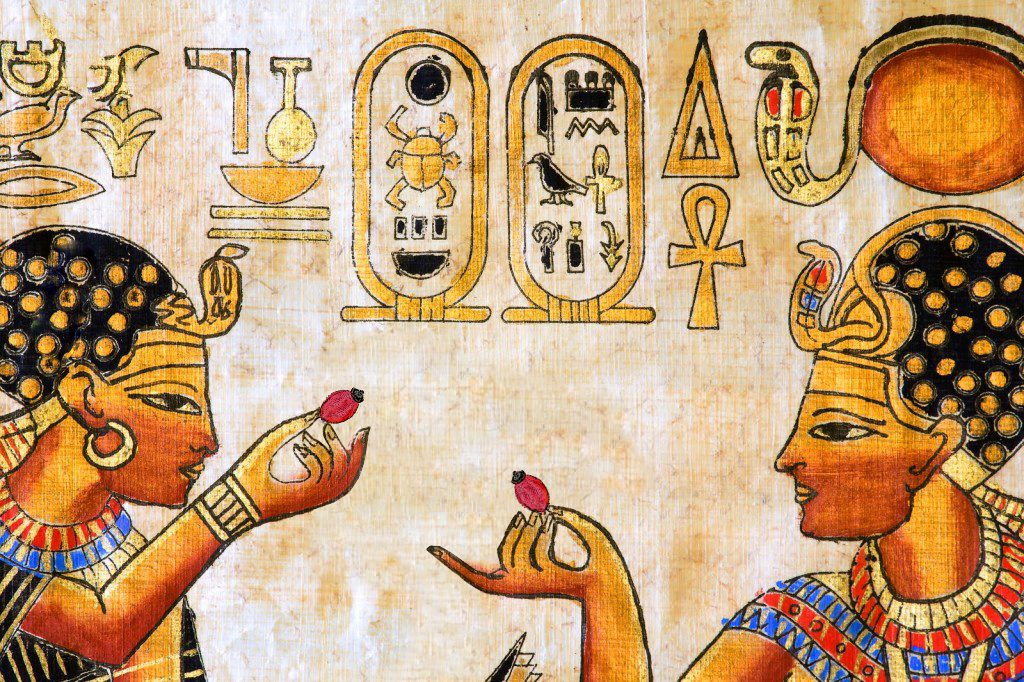 Rosehip BioRegenerate Oil has been our skincare hero for five years but the history of Rosehip Oil stretches back much further.

The origins of Rosehip in skin care are a little foggy, but we know from burial sites and hieroglyphics that ancient Egyptians used various plant-based oils on their skin.

These were usually pure oils, rich in Omegas like our favourite Rosehip Oil, but the history books also reveal a cautionary tale of skin care experimentation!

It’s thought that female pharaoh, Hatshepsut, may have caused her own premature death trying to soothe her itchy, irritated skin with a homemade concoction of palm and nutmeg oils…mixed with a highly carcinogenic tar known as benzopyrene.

Some years later, the Romans were having a little more success using ‘Rosa Canina’ (the very same variety of hip we use in our Rosehip BioRegenerate Oil) to heal dog bites.

Rosehips were even used as a citrus replacement during World War II to keep coughs and colds at bay thanks to their Vitamin C (a potent antioxidant) levels – almost 60 times higher than that of any other citrus fruit.

It wasn’t until the 1980s that Rosehip Oil really showed its true potential for sensitive skin, when extensive studies revealed its healing properties for all kind of skin conditions.

A 1983 study at the University of Santiago showed Rosehip Seed Oil could regenerate skin, minimise scars and wrinkles and help to even out the skin’s colour and tone.

Bringing us up to 2016, we’ve done a bit of our own research; 88% of our respondents said their skin felt more hydrated, 81% noticed an improvement in blemishes* and 85% said their skin looked smoother.

It’s no wonder that Rosehips have been so popular for so long!